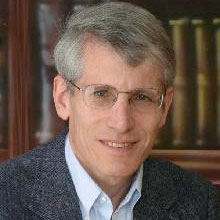 Stephen D. Solomon is director of the Arthur L. Carter Journalism Institute and director of the M.A. program in Business and Economic Reporting, which he founded in 1999. His latest book, Revolutionary Dissent: How the Founding Generation Created the Freedom of Speech, was published by St. Martin’s Press in 2016. It explores how the raucous political protest of the nation’s founding period gave meaning to the freedoms of speech and press at a time when it was a crime to criticize government and public officials. He is currently working on a book (Bloomsbury Press, expected in 2022) that will tell the narrative story of the birth of America’s Bill of Rights. He is founding editor of FirstAmendmentWatch.org, a website that launched in October 2017. It provides news, commentary, and legal and historical context for the many free speech conflicts around the U.S.

Steve received his B.A. degree from Pennsylvania State University and his J.D. from Georgetown University Law Center. In addition to business journalism, he teaches graduate and undergraduate courses on the First Amendment. He was awarded NYU’s Golden Dozen Award for excellence in teaching. His earlier book, Ellery’s Protest: How One Young Man Defied Tradition and Sparked the Battle Over School Prayer, explores the landmark 1963 case (Abington School District v. Schempp) in which the U.S. Supreme Court ruled that state-sponsored prayer and Bible reading in the public schools violated the religious liberty protected by the First Amendment. The case still inflames passions today as Americans debate what role, if any, that religion, prayer, creationism, intelligent design, and the Ten Commandments should play in the public schools. He is also co-author of Building 6: The Tragedy at Bridesburg, an investigation of the working conditions that caused the deaths of 54 men from respiratory cancer at Rohm and Haas, at the time a Fortune 500 chemical company. The revelations in the book led to legal action by victims’ families against the company, and they received a multi-million dollar settlement. Steve was a writer at Fortune magazine and has written for many other national publications including The Wall Street Journal, The New York Times Magazine, The New York Times Book Review, and Inc. His articles have won the two most prestigious awards for business writing, the Gerald Loeb Award and the John Hancock Award for Excellence, as well as the Hillman Prize.

God Is Still in the Classroom
Stephen D. Solomon
Professor

Turbulent Days for an Industry With a Lot of Baggage
Stephen D. Solomon
Professor