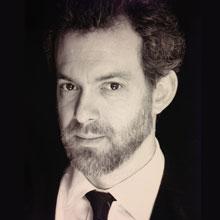 Steve Wasserman, former editor of the Los Angeles Times Book Review and a former deputy editor of the Los Angeles Times Opinion section and Op-Ed page, served as editorial director of Times Books/Random House and publisher of Hill & Wang, an imprint of Farrar, Straus & Giroux.  He is a past partner of the Kneerim, Williams & Bloom literary agency, where he represented such authors as the late Christopher Hitchens, Linda Ronstadt, Benjamin Barber, Robert Scheer, Russell Jacoby, and Placido Domingo.  He is a cofounder of the Los Angeles Institute for the Humanities and writes on political and literary matters for a wide range of journals, including The Nation, the (London) Times Literary Supplement, The New Republic, The Threepenny Review, and the Columbia Journalism Review.  He has taught cultural criticism at UC Berkeley’s Graduate School of Journalism and creative nonfiction writing at the University of Southern California.  He is currently editor at large for trade books at Yale University Press.