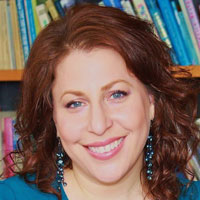 Sylvan Solloway is the Director of Career Services for the Arthur L. Carter Journalism Institute and a journalist, video producer and filmmaker. She teaches the internship course and uses her experience in television and online news to guide NYU undergrads, grads and alumni in their job strategies. She also teaches multimedia reporting.

Before working at NYU, Solloway was an online video producer and reporter for the New York Post covering breaking news and everything from red-carpet events to the 2008 Democratic National Convention in Denver. She managed the production of a bilingual non-profit film project to raise awareness of issues surrounding HIV. She also produced features for VillageVoice.com and continues to shoot, produce, and edit videos.

Solloway graduated from NYU with a BA in journalism and also holds an MA in Media, Culture and Communication. She started her career in television at a national cable news outlet and then worked her way across the middle of the country at local NBC, CBS and Fox affiliates as a writer, producer, reporter and anchor. In Arkansas, she created, launched, and anchored the state’s first Spanish newscast, to reach a growing community with little access to breaking local news and weather in Spanish. Solloway was honored by Arkansas’ Hispanic Women’s Organization for balanced reporting of the community. Her reporting work also received three AP broadcast awards.