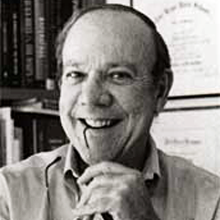 Bill Burrows (alias “Mom” to SHERPies) received his bachelor’s and master’s degrees from Columbia University. Having reported for The New York Times, The Washington Post, The Wall Street Journal and the Richmond Times-Dispatch, Bill has a rich and varied background in print reporting. Bill also has had articles in The New York Times Magazine, Foreign Affairs, The Sciences, Harvard Magazine and Harper’s, and is a contributing editor for Air & Space/Smithsonian. He is the author of twelve books: Richthofen: A True History Of The Red Baron (1969); Vigilante (1976); On Reporting The News (1977); Deep Black: Space Espionage And National Security (1987); Exploring Space: Voyages In The Solar System And Beyond (1990); Critical Mass: The Dangerous Race For Superweapons In A Fragmenting World (with Robert Windrem)(1993); Mission To Deep Black: Voyager’s Journey Of Discovery (1993); This New Ocean: The Story of the First Space Age (1998); The Infinite Journey: Eyewitness Accounts of NASA and the Age of Space (2000); By Any Means Necessary: America’s Secret Air War in the Cold War (2001); The Survival Imperative: Using Space to Protect Earth (2006); and The Asteroid Threat: Defending Our Planet from Deadly Near-Earth Objects (2014). This New Ocean, considered the definitive single-volume history of the space age, was one of three finalists for the 1998 Pulitzer Prize for History and also won the American Astronautical Society’s Eugene M. Emme award for astronautical literature. Recently, the International Astronomical Union named the minor planet (aka asteroid) #9930 “Billburrows.” Bill points out that since #9930 is not an Earth-crosser, Billburrows will never wipe out Bill Burrows. “It would be absolutely appropriate, of course, if it is shaped like a colossal martini olive,” he adds.