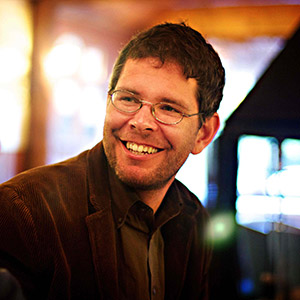 Matthew Power was an award-winning journalist who reported empathetically on the human condition. He died in March 2014, while on assignment in Uganda.

To learn about Power’s body of work, visit his website.

For a list-in-progress of contributors to the Award, please visit the Donors page.

Remembrances of Power by journalists who knew him are here, here, and here.

A video of a memorial reading of Power’s work at the Carter Institute is here.

The Matthew Power Literary Reporting Award is a grant of $12,500 to support the work of a promising early-career nonfiction writer on a story that uncovers truths about the human condition.

Offered for the first time in 2015, the Award has been endowed by individuals and organizations touched by the life and work of Matthew Power, a wide-roving and award-winning journalist who sought to live and share the experience of the individuals and places on which he was reporting. Power, a longtime friend of the Arthur L. Carter Journalism Institute, died in March 2014, while on assignment in Uganda.

The award proceeds from the recognition that many important stories need to be reported from afar, and that publications do not always have the resources to send a writer where the story is. The money need not be used exclusively for travel, but we expect that most successful applications will include such expenses.

A panel of NYU journalism professors, outside writers, and editors will review the proposals. Finalists may be asked to interview in person or by Skype.

The judges will be interested in perpetuating Power’s legacy, as his former editor Roger Hodge put it, of “strong, character-driven narratives with detailed scene writing and lyrical description.” Power was always open to the absurdity that often attends politics and international affairs; he was always searching, as he put it, for “the human truth beneath the sorry facts.” Power’s ultimate ambition, he added, was literary beauty.

That said, judges will be looking for a writer as singular in his or her own approach as Power was in his.

The award will not fund proposals to report on armed conflicts where journalists are already imperiled, nor projects that are mainly investigatory. The winner will normally receive visiting scholar privileges at NYU, including library access.

View Past Winners of the Award