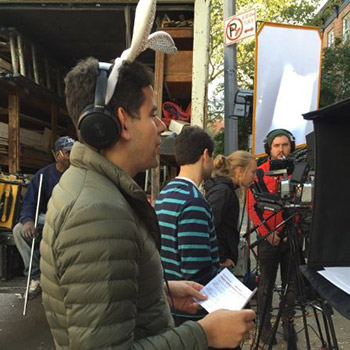 I produce Daytime, a show of celebrity interview interstitials that airs on USA, and field produce Talk Stoop, the version that airs on NBC.

I was a lifeguard, high school teacher, writer’s assistant, copy writer, and filmmaker.

I developed a video component for the news organization, including creating a workflow, a style guide, and original content.

I was looking for a non-academic program that didn’t fit pre-conceived ideas about journalism education and did reflect the weird mood of the industry, but also respected the basics of storytelling. Amazingly, I found it.