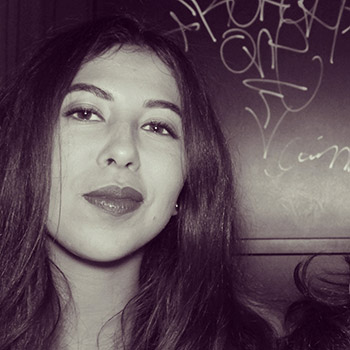 This documentary film I’m directing is about an Arab American neighborhood in Chicago that suspects it’s been under government surveillance for decades —- it’s also the neighborhood where I grew up.

I developed an experimental audio project that crowdsourced questions that needed answering and explained the news in an interesting way.

I’ve been a Freelance Reporter for BBC/PRI’s “The World”, and a producer for HBO Films, Vice Broadley, CNN Films, and AlJazeera America.

I met all sorts of brilliant people and was exposed to so many different platforms, mediums and art forms in our training as the digital storytellers of the future.