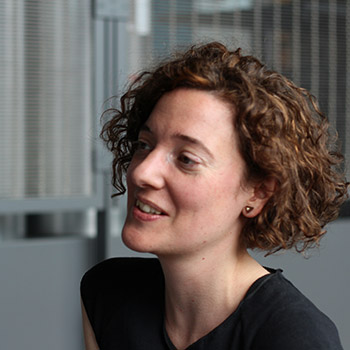 My work is in between the most cutting-edge technology video in the field and its possibilities for storytelling.

I was an independent documentary filmmaker and an IT teacher for adults.

I helped explore the possibilities of 360 video in journalism. I worked between the interactive team and the investigative unit.

I knew the program since it began, and had a conversation with Jay around 2010 when I visited New York for the first time. I finally decided to apply for 2014/2015. Since the beginning of my career, I’ve been in between tech and storytelling, from video production and later to interactive documentaries, and then, while in Studio 20, I discovered 360 video during my internship.