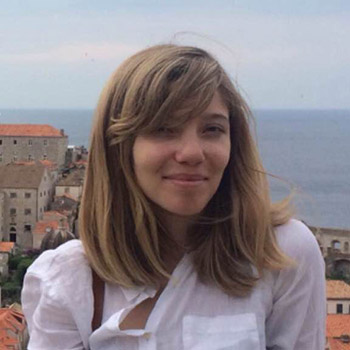 I’m a visual journalist on the New York Times’ climate team. I make graphics and write about the environment, energy and other climate-related topics.

I was getting started in journalism. I interned at NPR right out of college and then worked as a podcast producer at the New York Academy of Sciences.

I worked on an alternative approach to covering the 2012 election, exploring how a data-centric approach to tracking presidential campaign statements can illuminate new paths for coverage.

I worked at The Guardian US for four and a half years, most recently as an Interactive Editor. While there, I made explanatory graphics, focusing on health, science and politics and worked on many other award-winning interactive projects, including NSA Files: Decoded, Beyond the Border and The Counted. In 2017, I joined The New York Times’s newly formed climate team as a Graphics Editor.

Studio 20 is based largely on the idea of learning-by-doing, which I really appreciated. (It’s how newsrooms work, after all.) From the start, we were asked to brainstorm and carry out projects, often in partnership with major news organizations. The program required us to explore new technologies for news coverage and be creative, while also giving us first-hand experience working with and learning from editors in the newsroom. I also really dug the weekend skills trainings with Zoe Fraade-Blanar and Zach Seward, which introduced us to new approaches to journalism.