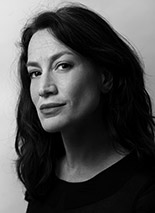 Lauren Sandler writes with an eye toward gender and inequality.  She has reported from Baghdad to Beijing, although most of her work focuses on American cultural politics. Lauren has written two books: One and Only: The Freedom of Having an Only Child, and the Joy of Being One (2013) and Righteous: Dispatches from the Evangelical Youth Movement (2006). The themes of those books, how structural struggles, ideology and cultural biases shape our choices and opportunities, especially in regard to women’s progress, define her area of inquiry. Her work has appeared in publications including Time, The New York Times, Slate, The Atlantic, The Nation, and The New Republic. She has been an editor at Salon and Tar and a producer at NPR.  Her master’s degree in journalism is from NYU’s Cultural Reporting and Criticism concentration. She is a graduate of Barnard.

Lauren will spend her time as a recipient of the Award reporting on the life of a homeless woman at a private Brooklyn shelter.  The shelter is unusual: it takes women in during their last trimester of pregnancy, and gives them a base for one year, through birth and their child’s first nine months. During that intense time they need to figure out what will come next, whether life at the behest of a broken city system—or another way toward sustenance and, hopefully, stability.

View “This Is All I Got”

Book Excerpt from This Is All I Got: Lost in the System