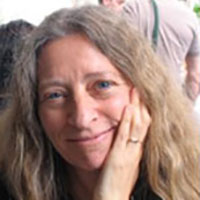 Gross is a freelance journalist and senior editor at the journal PLOS Biology and contributes to the science and health blogs at KQED, Northern California’s public media outlet. Her work, which focuses mostly on conservation, environment and health issues, has appeared in diverse outlets, including The Nation, The New York Times, Discover, The Washington Post, Scientific American, High Country News and San Francisco Chronicle. After a training stint at the New England Center for Investigative Reporting, she uncovered a $23 million chemical industry lobbying campaign to block California legislators’ attempts to pass five bills to regulate flame retardants in a special report for Environmental Health News. Her story “Face of Hope,” about one scientist’s mission to bring the tools of facial reconstructive medicine in line with the weapons of war, won the Society of Professional Journalists NorCal 2014 Excellence in Journalism Award and honorable mention from the American Society of Journalists and Authors for Reporting on a Significant Topic.

With the help of the Reporting Award, Gross will delve further into the social, economic and health inequities endured by California farm workers living amid some of the richest farmland in the country. For years, researchers have known that people living in these communities routinely encounter a broad range of environmental hazards, not just in the fields where they harvest fruits and vegetables but also in their homes, where nitrates, pesticides and other contaminants foul their tap water. Gross will combine data-driven reporting techniques with in-depth community interviews to investigate the impact of these environmental stresses on the welfare of the people living in these communities.

Fields of Toxic Pesticides Surround the Schools of Ventura County—Are They Poisoning the Students?