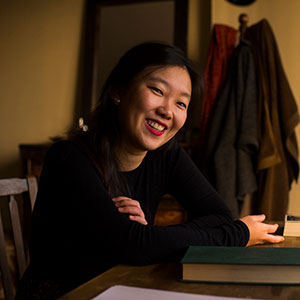 May Jeong is an award-winning magazine writer and investigative journalist based in Kabul, Afghanistan. Her work has been published in such publications as the New York Times Magazine, The Intercept, Harper’s, among others, and her longform pieces have been translated into several languages. In 2017, she was shortlisted for the One World Media New Voice Award, and in 2016 for the Kurt Schork Award for her reporting on Afghanistan. May was a finalist for the Canadian National Magazine Award in the Best New Magazine Writer category for her 2012 Toronto Life investigation, which exposed a gang rape scandal in an immigrant community in Toronto.

May is a 2017 Logan Nonfiction fellow at the Carey Institute for Global Good and a grantee with the Nation Investigative Fund, the Fund for Investigative Journalism, the International Reporting Project, and the International Women’s Media Foundation. Her work has also been supported by the United Nations Foundation, the Daniel Pearl Investigative Journalism Award, and the Pulitzer Center on Crisis Reporting. She has received combat medical training through Reporters Instructed in Saving Colleagues course in 2014, and a hostile environment training course funded by the Rory Peck Trust in 2012. She earned a B. A. Honours from Trinity College, University of Toronto in 2010.

May will spend her time as a recipient of the Award reporting on how Sri Lanka is contending with the legacy of civil war there.