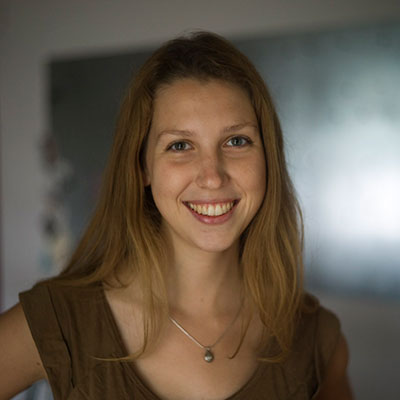 Sarah Stillman, recipient of the Carter Journalism Institute’s inaugural Reporting Award and recently named a 2016 MacArthur Fellow, won a 2012 National Magazine Award and a 2012 Hillman Prize for Magazine Journalism for the article she wrote under the Institute’s sponsorship. Her piece, which appeared in the June 6, 2011 issue of The New Yorker, exposed the poor treatment of foreign workers on U.S. military bases in Iraq and Afghanistan.

Sarah Stillman is a staff writer at The New Yorker and a visiting scholar at the N.Y.U. Arthur L. Carter Journalism Institute. She has written on topics ranging from civil forfeiture to amateur drone builders and from Mexico’s drug cartels to Bangladesh’s garment-factory workers. She won the 2012 National Magazine Award for Public Interest for her reporting from Iraq and Afghanistan on labor abuses and human trafficking on United States military bases, and also received the Michael Kelly Award for “the fearless pursuit and expression of truth,” the Overseas Press Club’s Joe and Laurie Dine Award for international human-rights reporting, and the Hillman Prize for Magazine Journalism. Her reporting on the high-risk use of young people as confidential informants in the war on drugs received a George Polk Award and the Molly National Journalism Prize, and her more recent work on the kidnapping and extortion of immigrant children at the U.S./Mexico border won a 2015 Sydney Award.

Before joining The New Yorker, Stillman wrote about America’s wars overseas and the challenges facing soldiers at home for the Washington Post, The Nation, newrepublic.com, Slate, and TheAtlantic.com. She co-taught a seminar at Yale on the Iraq War, and also ran a creative-writing workshop for four years at the Cheshire Correctional Institution, a maximum-security men’s prison in Connecticut. Her work is included in “The Best American Magazine Writing 2012.”

A New Yorker piece appearing in June 2011 about the recruitment and treatment of foreign workers employed as support staff on American military bases in Iraq and Afghanistan. Tells about Vinnie Tuivaga and Lydia Qeraniu, two women from Fiji who were recruited in 2007 by a local firm called Meridian Services Agency, which promised them jobs in Dubai. Once they reached Dubai, however, they were told that they were actually bound for jobs on U.S. military bases in Iraq. Lydia and Vinnie were unwitting recruits for the Pentagon’s invisible army: more than seventy thousand cooks, cleaners, construction workers, fast-food clerks, electricians, and beauticians from the world’s poorest countries who service U.S. military logistics contracts in Iraq and Afghanistan. The Army and Air Force Exchange Service (AAFES) is behind most of the commercial “tastes of home” that can be found on major U.S. bases, which include jewelry stores, souvenir shops, beauty salons, and fast-food courts.
Read on newyorker.com

In Baghdad With the Louisiana National Guard

As part of Slate’s “special issue” on the 5th anniversary of Hurricane Katrina, Stillman
profiles a Louisiana National Guard unit running a surreal hotel for politicians, generals, and celebrities at Camp Victory, Baghdad. While on their previous tour of Iraq in 2005, most of the unit lost their homes – and, in some cases, their jobs and loved ones – in Hurricane Katrina. This summer, while stationed in Baghdad, the same brigade watched as the BP oil spill threatened their livelihoods 7,000 miles away.
Read on Slate.com

Tea and Politics: Scenes From Our New, Awkward War in Iraq

Since the official end of major combat operations in Iraq, Stillman asks: how, exactly, do U.S. soldiers continue to lose their lives in a “done” war? She offers an up-close look at an ambitious form of soldiering-turned-diplomacy known as the “key-leader engagement” (KLE), an increasingly central part of the U.S. military’s long-term strategy in Iraq and Afghanistan. This winter, Sgt. David J. Luff was killed by a sniper on a KLE in Saddam Hussein’s hometown of Tikrit; Stillman reports back from her own journey through the same hardscrabble neighborhood to attend a KLE, offering snapshots from the new, awkward war in Iraq.
Read on theatlantic.com