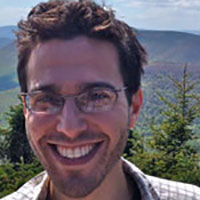 Seth Freed Wessler is a freelance journalist and a visiting scholar at the Arthur L. Carter Journalism Institute. He is the recipient of the Institute’s 2013 Reporting Award.  Wessler’s reporting on immigration, child welfare, labor, the social safety net and race and has been published on Colorlines.com, NPR’s Latino USA, PRI’s The World, Elle Magazine, Good Magazine, The Texas Observer and other outlets. His award-winning investigative series for Colorlines.com revealed there are thousands of U.S. citizen children in local foster care whose immigrant parent has been deported. The series elicited direct response from the federal government and spurred the passage of state child welfare legislation.

Wessler’s work has been covered and cited by national outlets including the New York Times, ABC News, The New Yorker, NPR, MSNBC and Democracy Now!. His reporting has received the Hillman Prize for Web Journalism, two Ippies Awards for investigative reporting, and an honorable mention from the Casey Medals. In 2009, he was the recipient of USC Annenberg’s Institute for Justice and Journalism fellowship. Previously, Wessler was a staff writer for Colorlines.com and a senior researcher at the Applied Research Center, a racial justice think tank.

Wessler will spend his time as recipient of the Award reporting on mental health issues that impact families. He will focus in particular on the treatment by state social services of mothers and fathers with psychiatric disabilities. The project will build upon Wessler’s previous reporting on child welfare and the social safety net.

Should a Mental Illness Mean You Lose Your Kid?