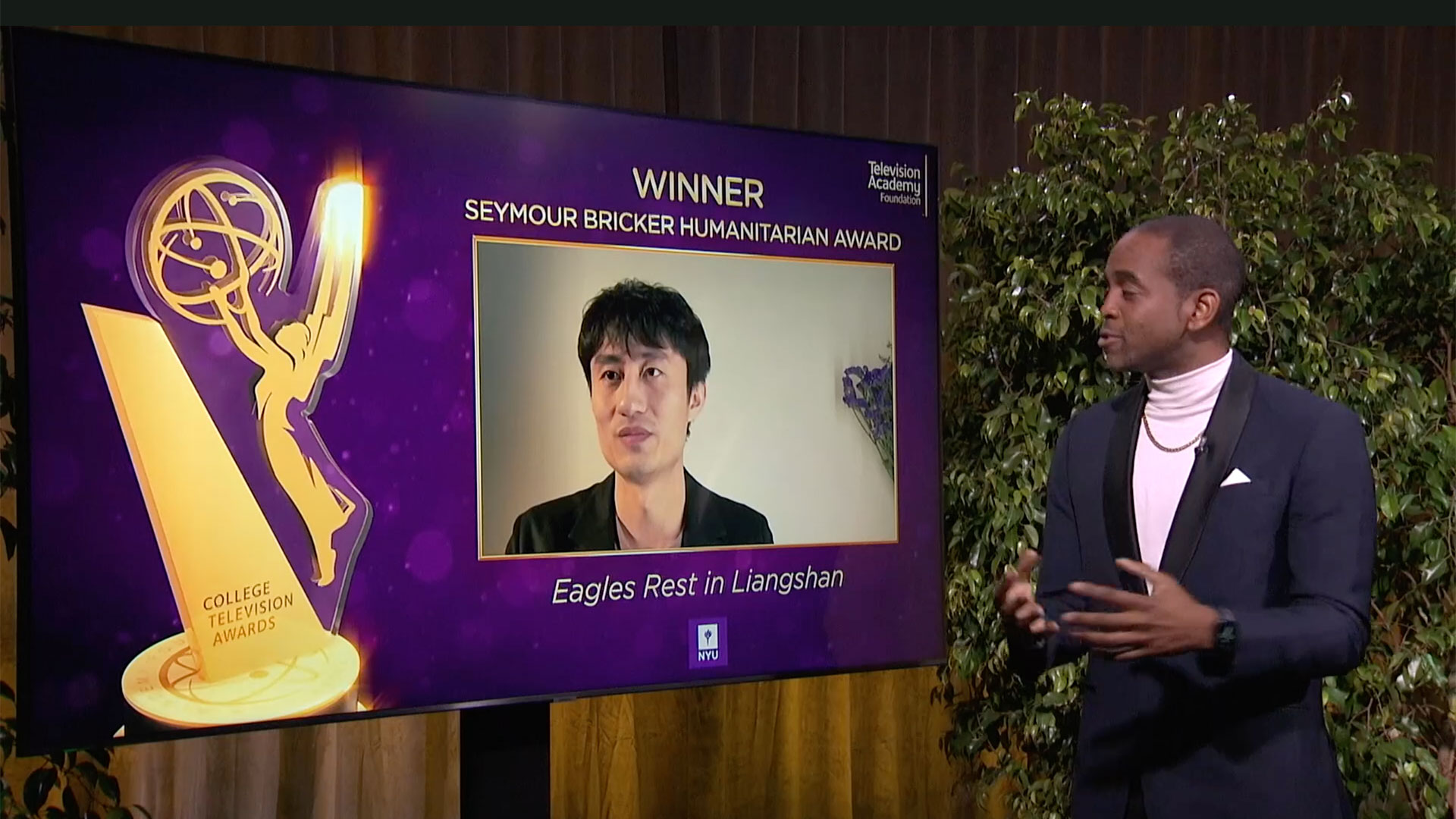 Bohao Liu won the Bricker Humanitarian Award as well as the Non Fiction Award from the College Television Awards for his documentary Eagles Rest in Liangshan. It is a tribute to the Yi minority and the young basketball players Liu portrays and their mutual admiration for Kobe Bryant.

Eagles Rest in Liangshan synopsis: Inspired by Kobe Bryant’s Mamba Mentality, a young man returns to coach the kids in his city of Liangshan, where basketball is so popular with the Yi minority that the center of town is not a park but a basketball court.