The annual Marjorie Deane Lecture brings an accomplished economist, policymaker, or businessperson to NYU to speak with BER students and alumni and other members of the academic community. Each speaker meets with current BER students in a private session that enables students to ask questions in an informal setting. This is followed by a reception, lecture, and dinner. The evening is sponsored by the Marjorie Deane Financial Journalism Foundation as part of its support of NYU’s Master of Arts program in Business and Economic Reporting.

Claudia Sahm, an American economist and founder of Sahm Consulting, was the ninth Marjorie Deane lecturer held in November 2022. Best known for developing the Sahm Rule, a Federal Reserve Economic Data (FRED) indicator for identifying recessions in real-time, she has held various roles at the Fed between 2007 and 2019. She also led the Jain Family Institute’s Macroeconomic Research Initiative and was the former director of macroeconomic policy at Washington Center for Equitable Growth.

In her lecture, Sahm spoke about the recessionary pressures facing the United States and European Union, noting early signs of disinflationary pressure here in the U.S. She detailed the appropriate policy central bankers should follow to control historically high inflation without unnecessarily hurting the labor force. She also explained why the Fed shows no signs of easing any time soon and what risks to the U.S. economy may follow.

BER students asked Sahm questions about the continued path of interest rate hikes, the strength of the U.S. labor market, digital currency policies, and how best to translate complex economic topics to readers.

Susan Athey, Economics of Technology professor at Stanford’s Graduate School of Business, was the eighth Marjorie Deane lecturer held in April 2022. Prof. Athey is an expert where economics meets digitization and social impact, holding roles in academia and public policy in those fields. She is the founding director of Golub Capital Social Impact Lab and associate director of the Stanford Institute for Human-Centered Artificial Intelligence.

In her lecture, Prof. Athey spoke about how her lab uses technological tools to measure and maximize social impact. She highlighted how vital impact measurement is to scale up community-level projects. One of the research examples she provided during the lecture delved into how shared decision-making can improve a women’s willingness to pay for modern contraceptives in a country like Cameroon.

BER students followed up with questions above and beyond the lecture, asking Prof. Athey about her research on the applications of artificial intelligence and the growing market for carbon removal.

Mehrsa Baradaran, a professor of law at the University of California Irvine and expert in banking law, headlined the seventh virtual Marjorie Deane lectures held in January 2022. She has authored two books on the racial wealth inequalities – How the Other Half Banks and The Color of Money: Black Banks and the Racial Wealth Gap. Her lecture mirrored the themes covered in her second book.

Prof. Baradaran spoke about key historic moments dating back to the 19th century that reshaped American banking, particularly for the black community. She noted that the persistent wealth gap between white and black communities could be attributed to several infrastructural and systemic barriers that have made access to credit harder for certain sections of society.

Students from the BER class, many of whom come from diverse backgrounds and have read about systems of racial injustice in their journalistic pursuits, found Prof. Baradaran’s lecture engaging. The Q&A session invited questions on how different countries may think about addressing the racial gap and how journalism can tell the story of the racial wealth gap with greater nuance.

Linda Yueh, a Fellow in Economics at Oxford University, was the sixth Marjorie Deane lecturer. Dr. Yueh is an Adjunct Professor of Economics at London Business School and Visiting Professor at the London School of Economics IDEA think tank. She is also a veteran journalist, having served as Chief Business Correspondent for BBC News and Economics Editor for Bloomberg TV (London). She is the author of What Would the Great Economists Do? She earned a doctorate at Oxford and a law degree from New York University.

Dr. Yueh spoke and answered questions on a timely subject: “On the Precipice: Can Britain Prosper After Brexit?” She also met privately with students in the M.A. program in Business and Economic Reporting, discussing various economic challenges surrounding Brexit. After her talk, invited guests enjoyed dinner and conversation. 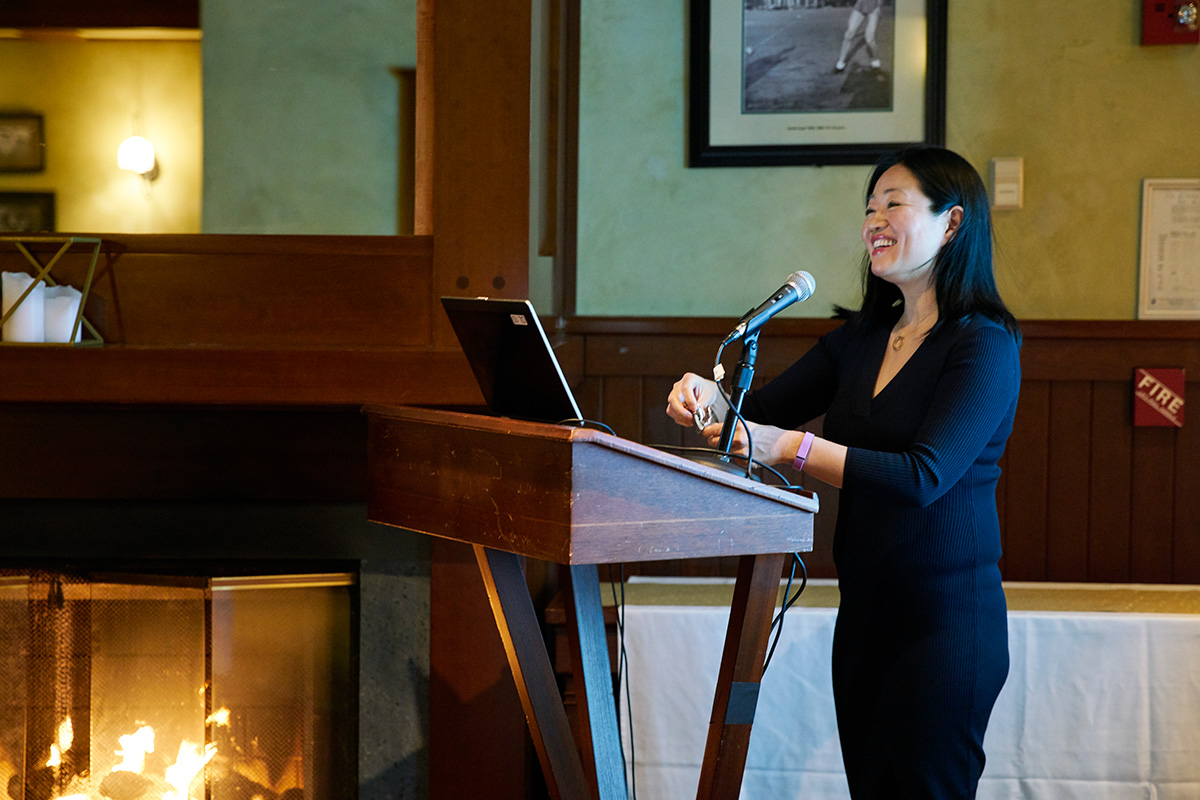 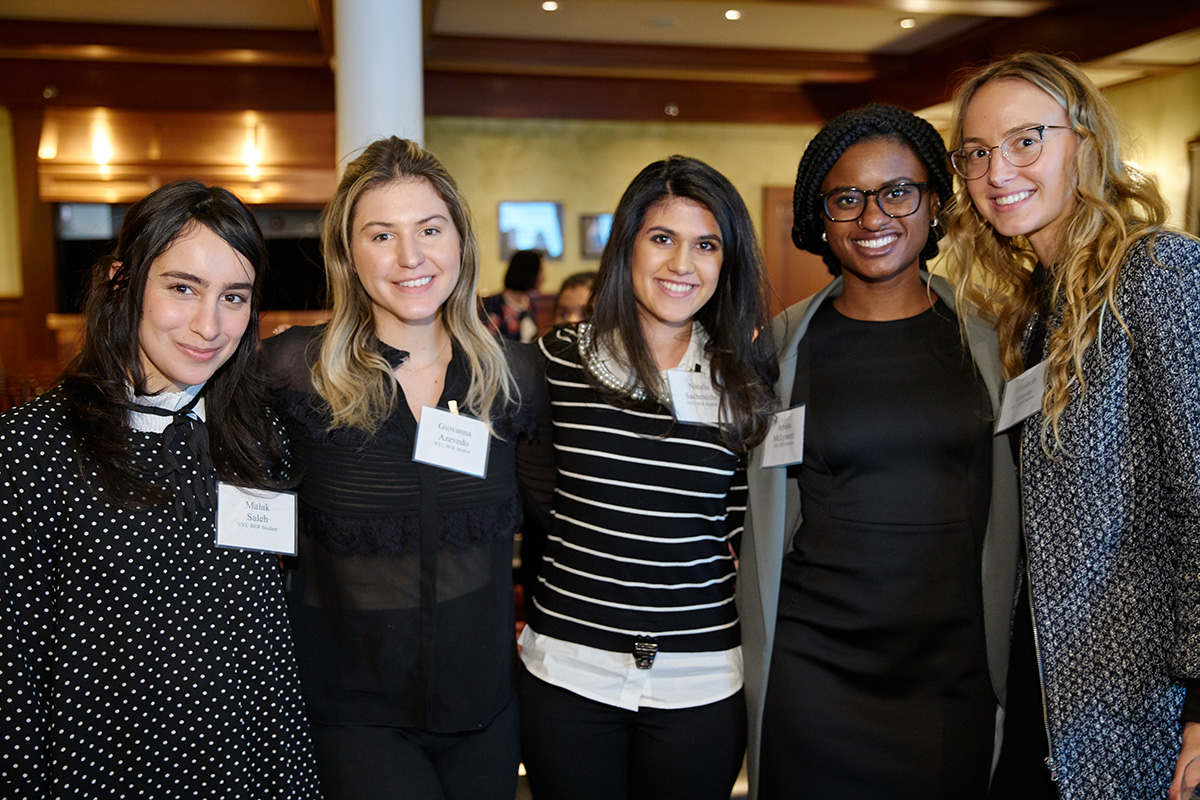 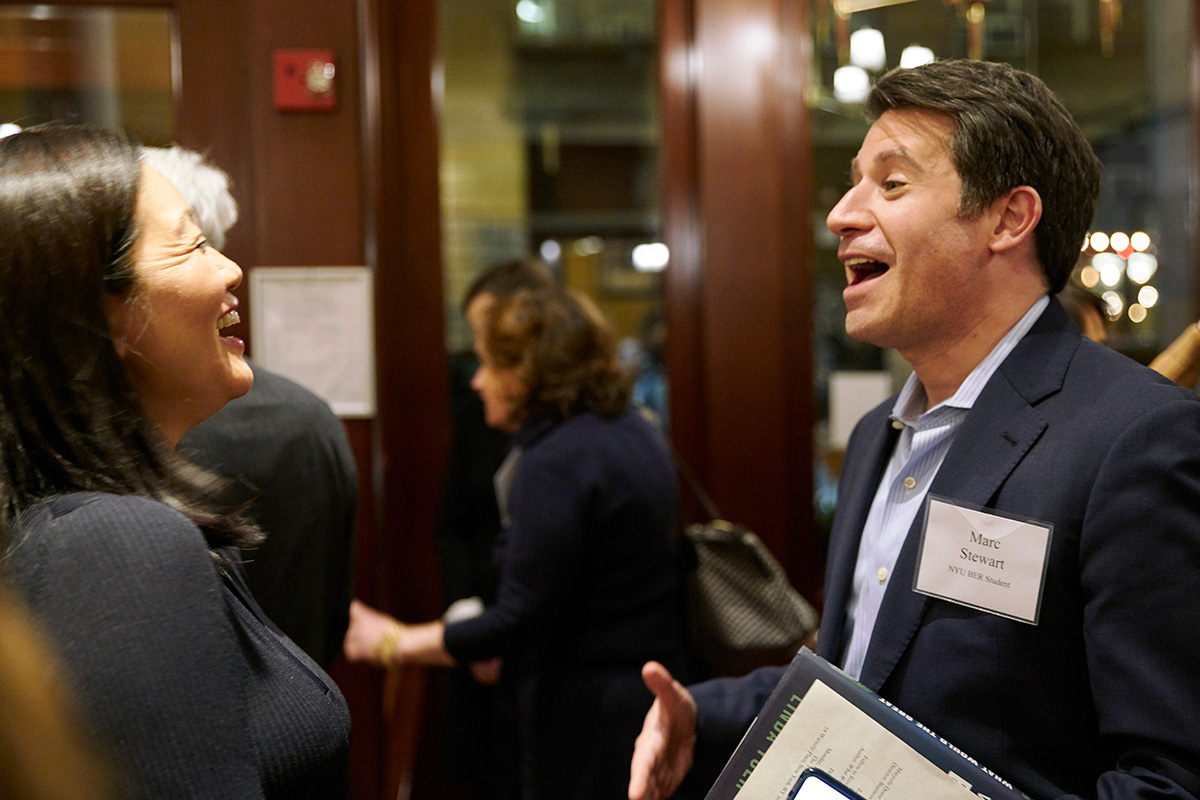 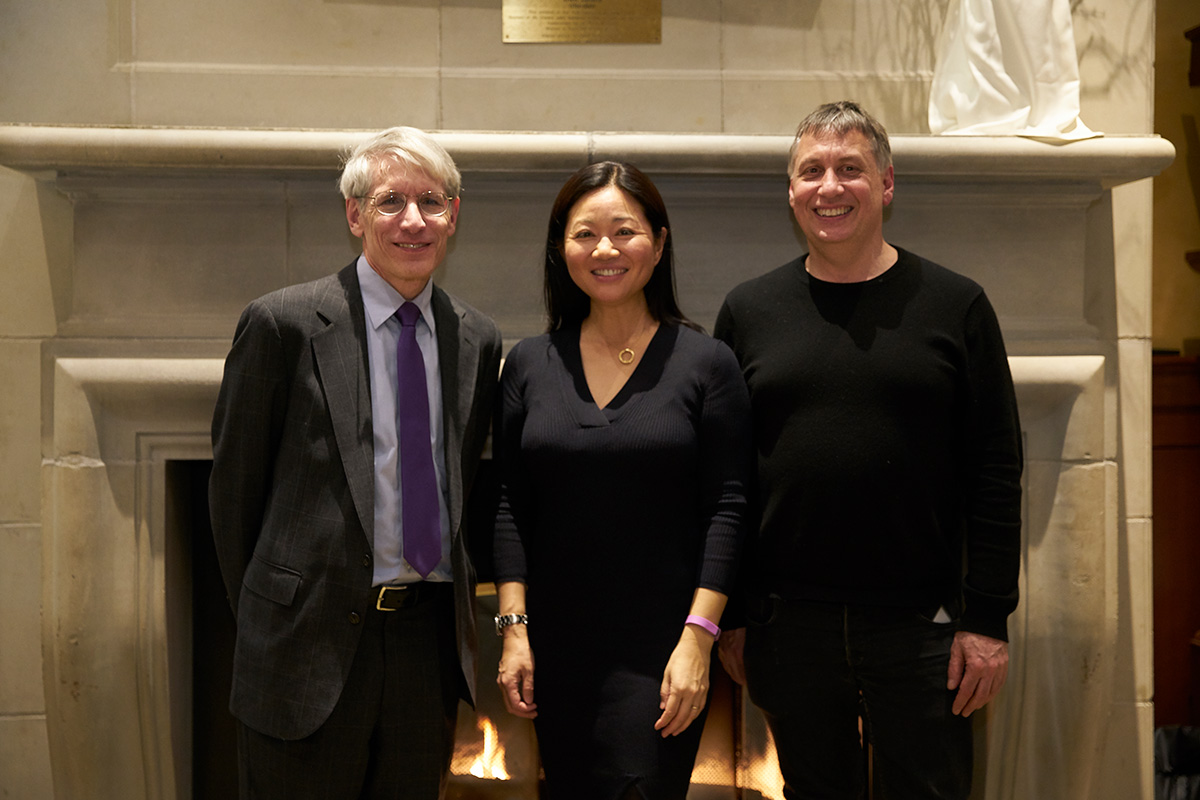 Janet Currie, Henry Putnam Professor of Economics and Public Affairs and Chair of the Department of Economics at Princeton University, spoke to 65 guests as our fifth Marjorie Deane lecturer. Professor Currie is an expert in healthcare economics, specializing in the wellbeing of children. and co-directs the Program on Families and Children at the National Bureau of Economic Research.

Before the program began, Professor Currie met with students in our Business and Economic Reporting program. They had read one of her papers on how maternal disadvantage affects health at birth, published in the journal Science. They discussed her findings and asked questions. Then the event began with a reception and then Professor Currie’s talk, “Inequality in Mortality: Why Things are Not as Bad as You Think.” Dinner followed her lecture, with 65 guests in attendance. 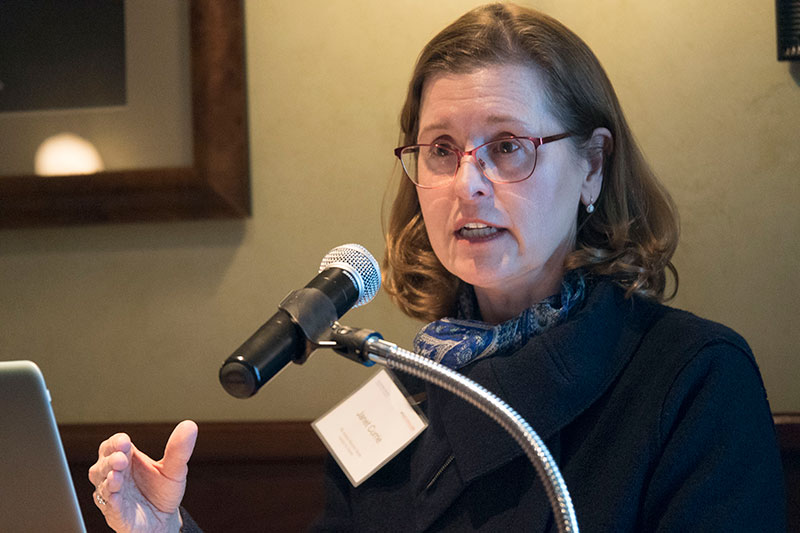 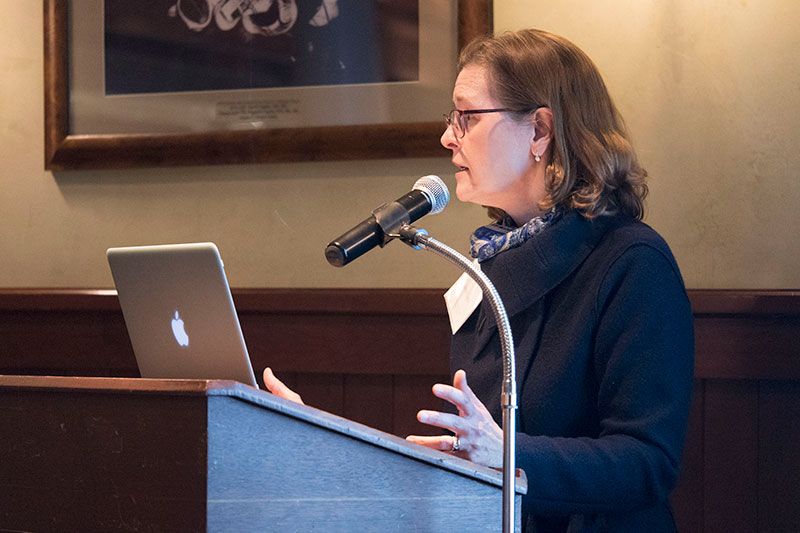 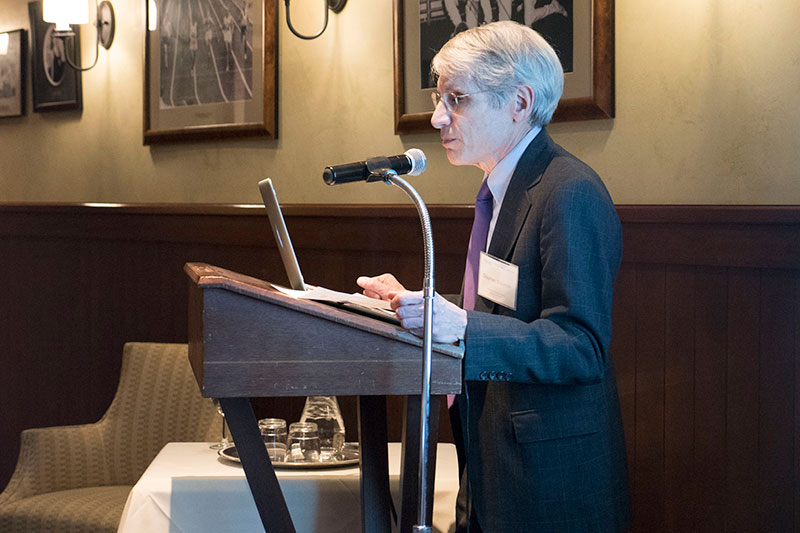 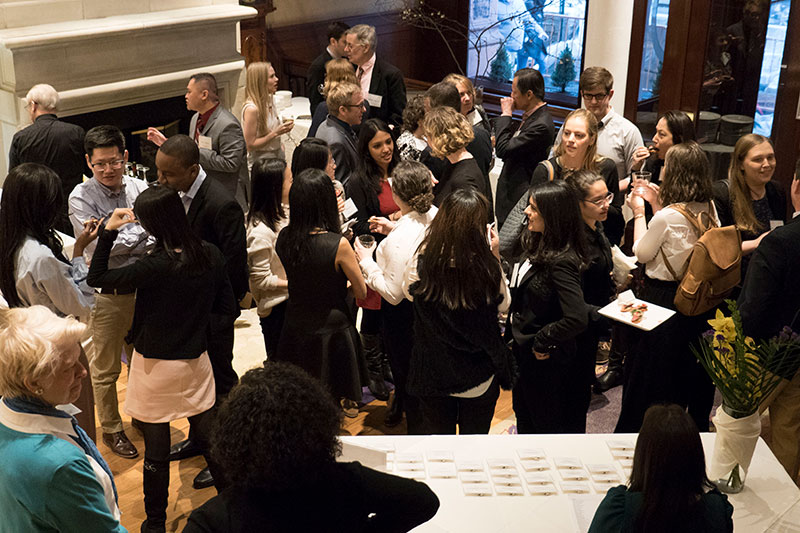 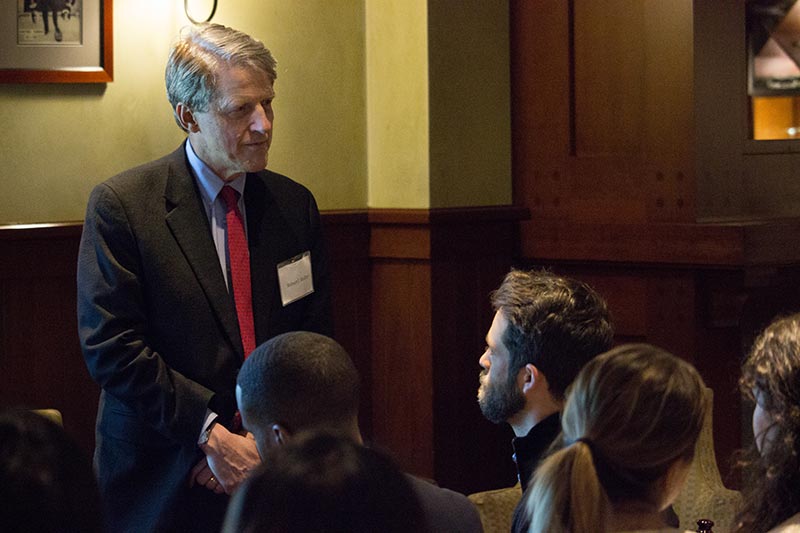 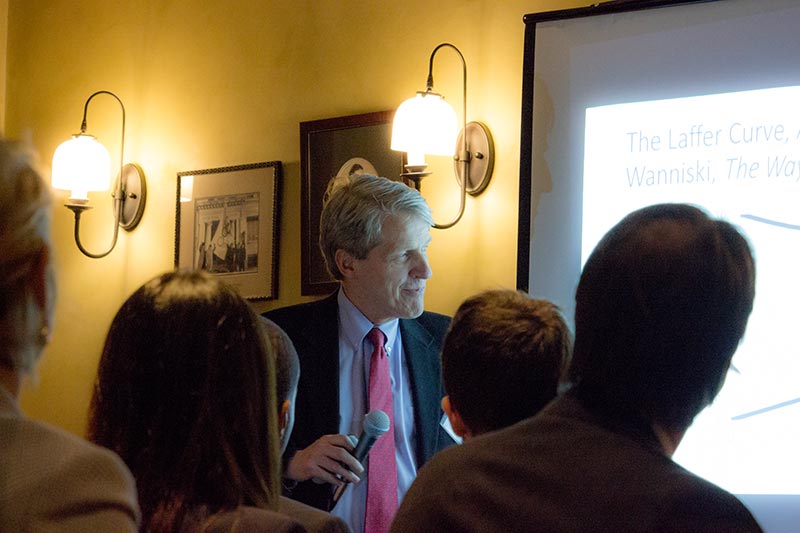 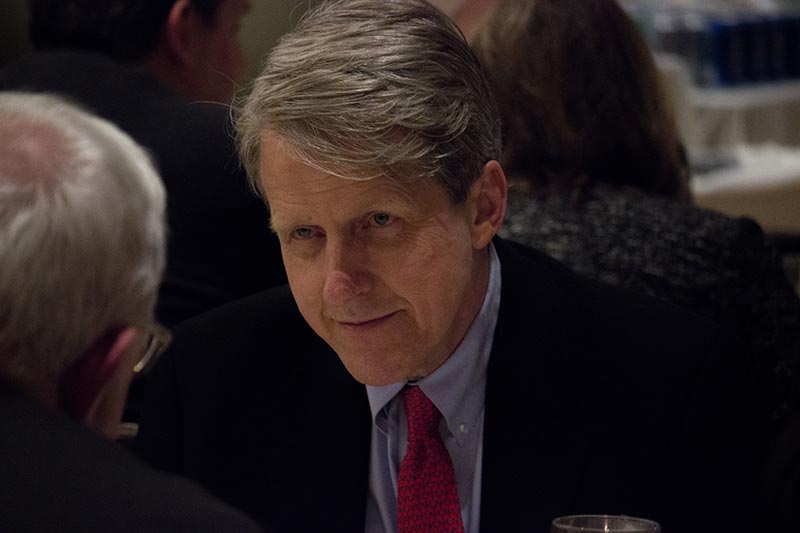 Professor Shiller engages in conversation after his lecture. 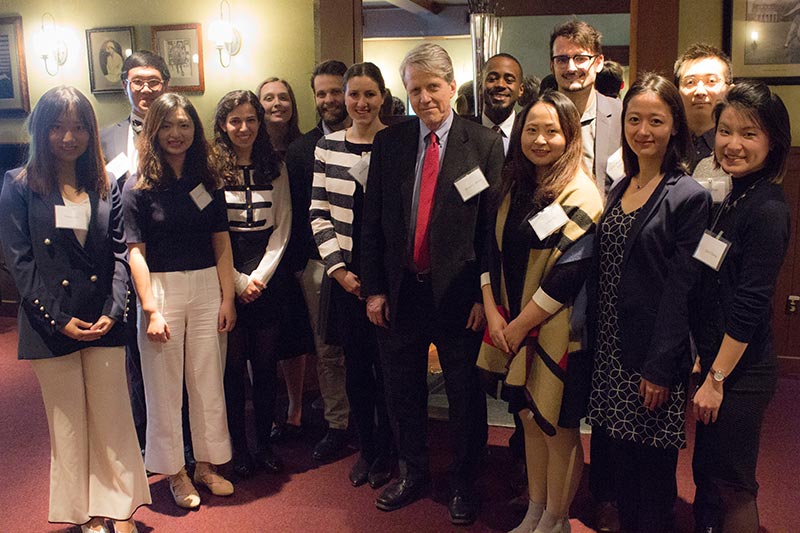 Alan S. Blinder, Professor of Economics and Public Affairs at Princeton University, delivered the third Marjorie Deane Lecture on October 20, 2016. Professor Blinder was vice chair of the Federal Reserve System from 1994 to 1996 and served on President Clinton’s Council of Economic Advisers from 1993 to 1994. He is the author of 20 books, including After the Music Stopped: The Financial Crisis, the Response, and the Work Ahead (2013). 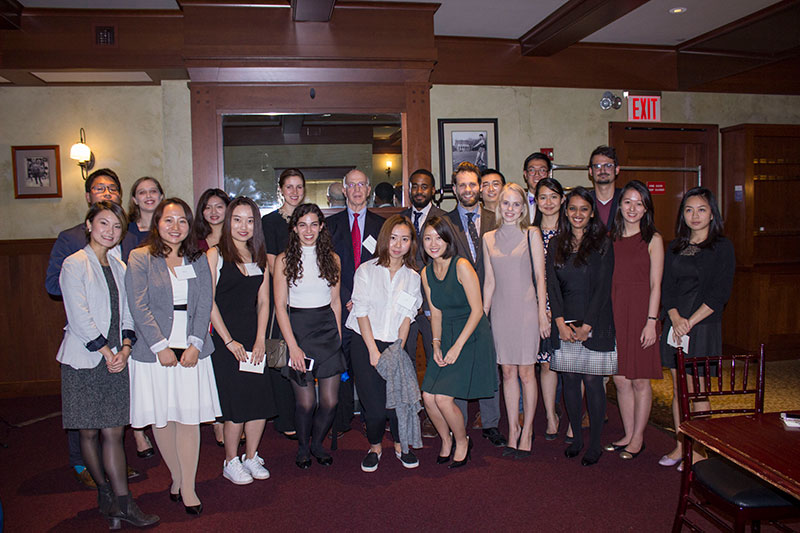 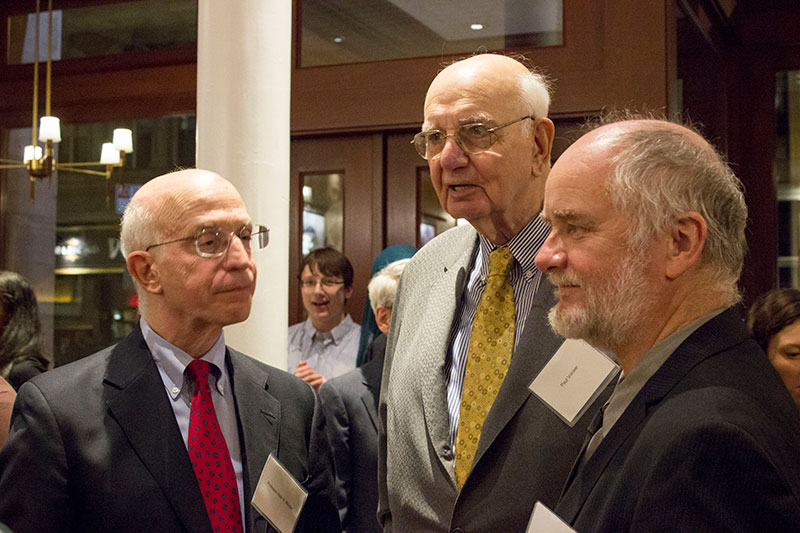 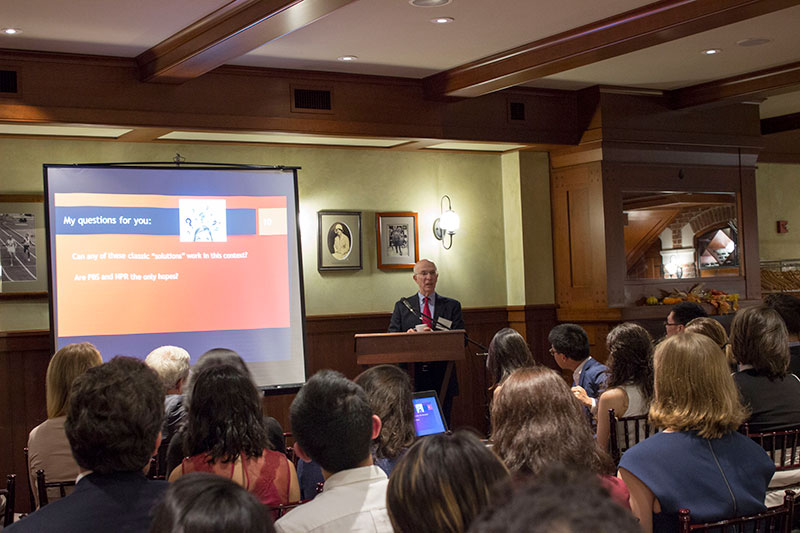 Lord Mervyn King delivered the second Marjorie Deane Lecture on December 9, 2015. King was Governor of the Bank of England from 2003 to 2013, and in that role had the primary responsibility for dealing with the financial crisis that roiled the British economy starting in 2008. Queen Elizabeth II appointed King a life peer for his “contributions to public service,” and he joined the House of Lords in 2013. 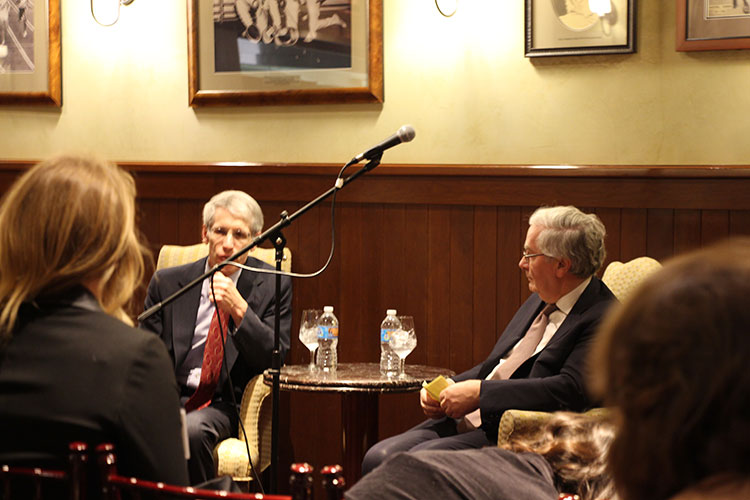 Lord Mervyn King (right), former Governor of the Bank of England during the financial crisis of 2008 and beyond, prepares to answer a question from a member of the audience. 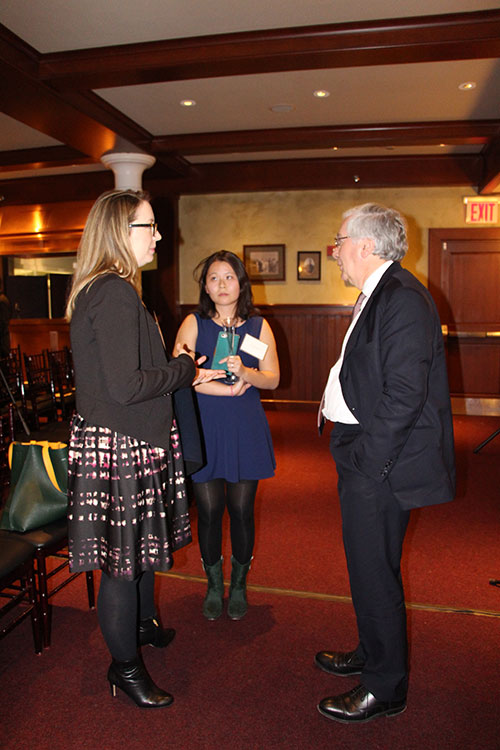 Lord Mervyn King talks with BER alumni after his lecture. 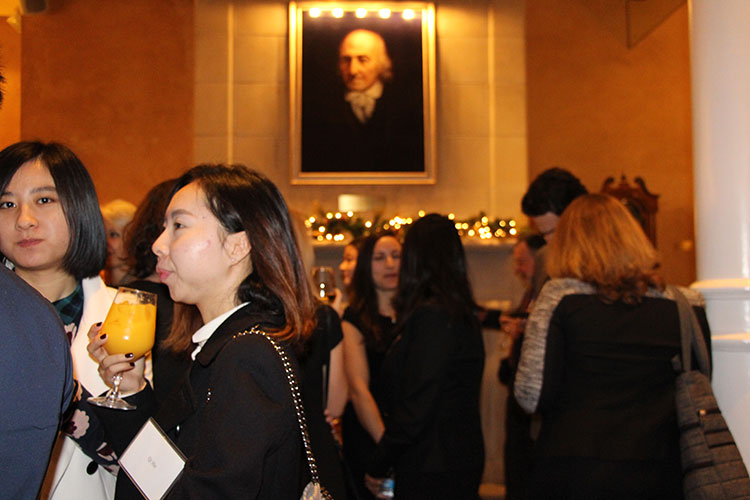 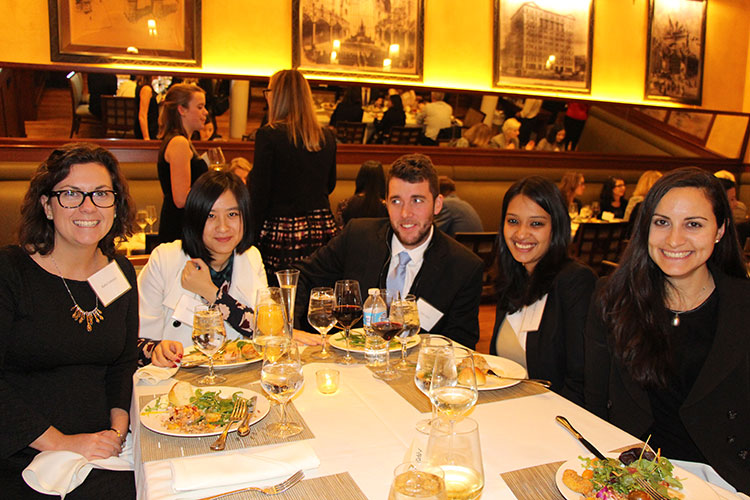 Students and alumni at the dinner after the talk.

Paul Volcker delivered the inaugural Marjorie Deane Lecture on April 23, 2014. Volcker was Chairman of the Board of Governors of the Federal Reserve System from 1979 to 1987. Under President Obama, Volcker was chair of the Economic Recovery Advisory Board from 2009 to 2011, contributing to the policy behind the Dodd-Frank Act that placed new regulations on the banking industry following the financial crisis. This included the “Volcker Rule” restricting certain investment practices of banks. 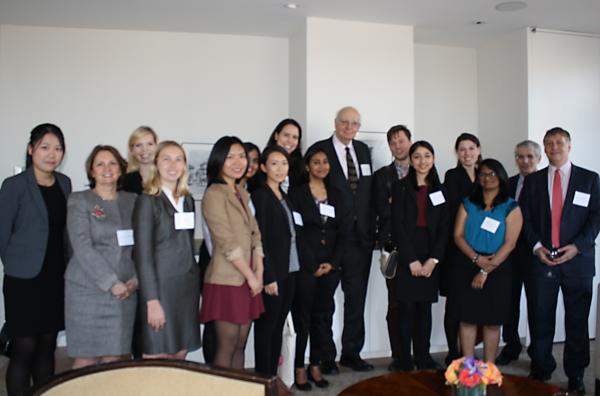